The Alpha Magnetic Spectrometer (AMS) installed on the International Space Station since May 2011 has measured with percent-level accuracy the spectrum of iron nuclei in cosmic rays, providing for the first time the characterization of these very heavy cosmic-ray component.

Cosmic rays consist of particles and nuclei continuously impinging the Earth from outer space. Hydrogen and helium nuclei make the most of cosmic rays, but also all heavier nuclei are present, though they amount to as little as 1% of the total cosmic-ray flux (Figure 1). 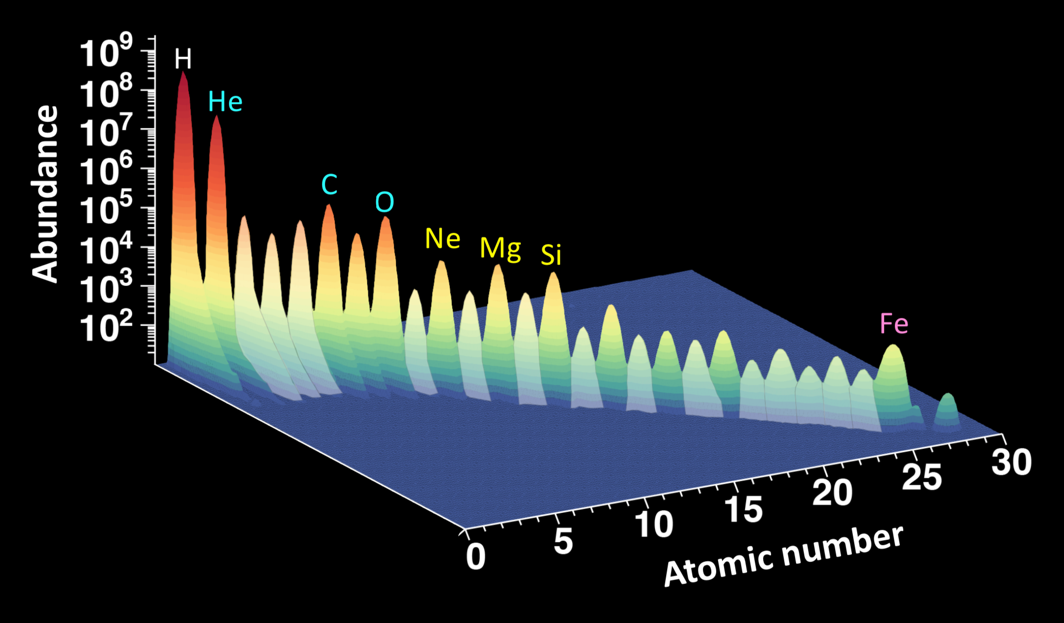 Figure 1: Cosmic-ray nuclei collected by AMS in 9 years of operations as function of the atomic number Z.  The elemental abundance reflects the natural abundance in cosmic rays.

Yet, the study of the rare heavy component is crucial in understanding the origin of cosmic rays. In particular, iron nuclei, as helium, oxygen, neon, magnesium and silicon nuclei, are mostly primary cosmic-ray nuclei produced in stars and then accelerated in supernovae explosions and released in the interstellar medium. Thus, the precision study of their spectra, that is their intensity as function of energy, provides information on the properties of their sources, of their acceleration and propagation mechanisms and of the properties of the interstellar medium.

In the past, AMS has reported the measurements of the spectra of cosmic-ray nuclei up to silicon, which have atomic number 14. These results, to which the AMS group at University of Geneva led by Dr Mercedes Paniccia has contributed [1] (link), have revealed for the first time the existence of two distinct classes of primary cosmic rays: the light-primary class, to which helium, carbon and oxygen belong, and the heavy-primary class, to which neon, magnesium and silicon belong. Elements within each class exhibit identical spectral shape, while the two classes are characterized by distinctly different spectra [2].

AMS has now provided the first accurate measurement of the spectrum of cosmic-ray iron nuclei, which have atomic number 26, and are the most abundant very heavy nuclei. Surprisingly the iron spectrum is similar to that of the light primary nuclei, helium, carbon and oxygen, and is distinctly different (with 3s significance) from that of the heavy primary neon, magnesium and silicon nuclei (Figure 2). 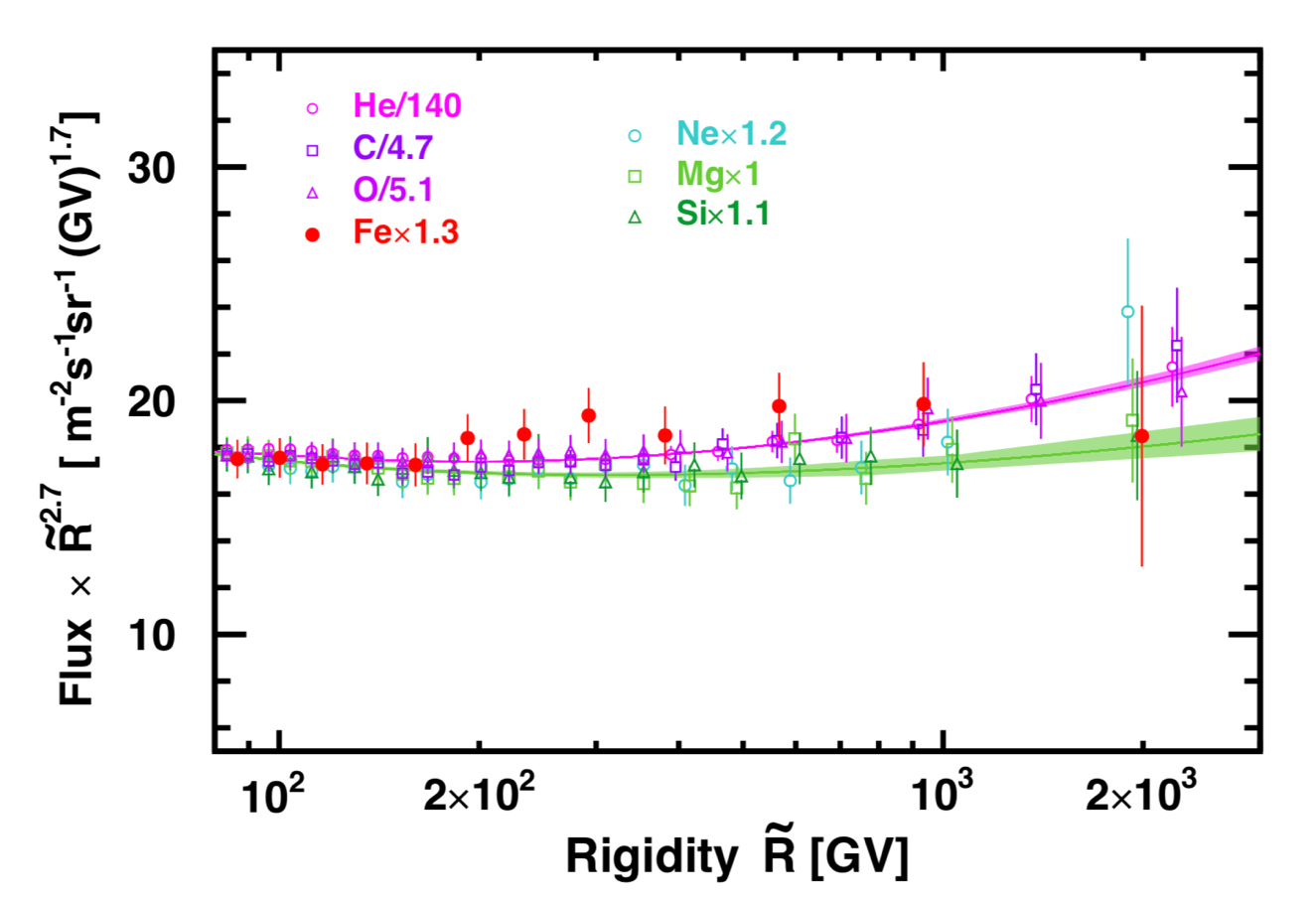 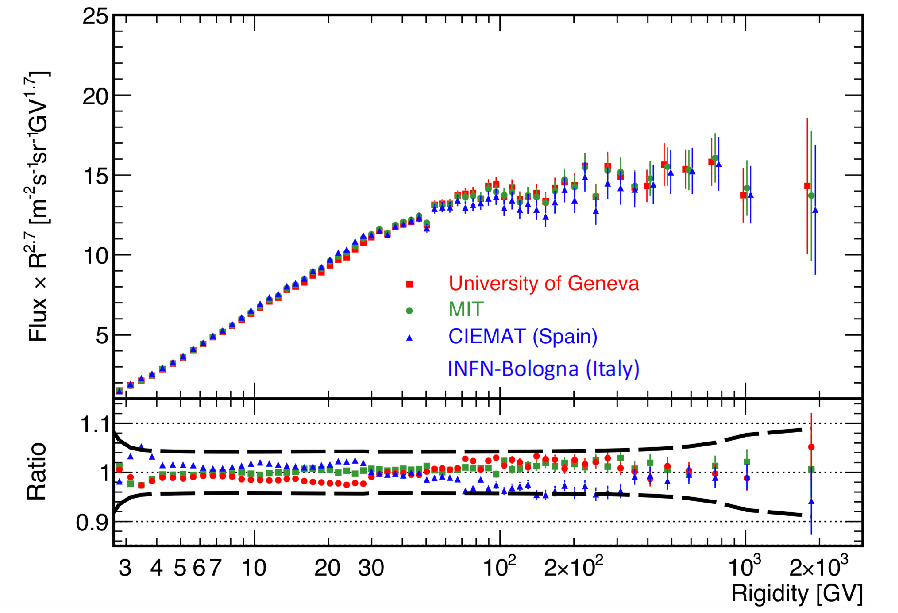 These new AMS measurements have been published in Physics Review Letters [3]. The paper has been selected as PRL Editors' Suggestion and highlighted in the journal Physics [4]. 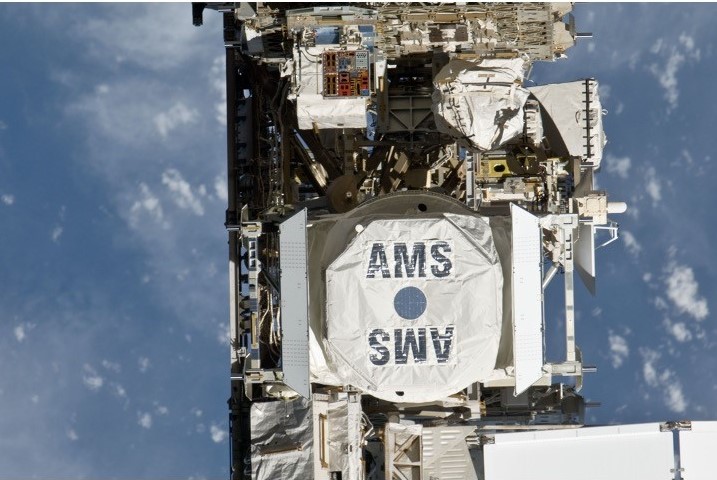