"CHIPP Prize 2017" goes to a former student of the DPNC

Johanna Gramling is awarded the CHIPP Prize for her doctorate, which she has completed end of 2016 at the University of Geneva. She was supervised by Prof. Xin Wu, a specialist in dark matter.

The scientific work is the outcome of Gramling's multi-year research performed with the ATLAS detector. ATLAS is one of the four large experiments operated at the CERN particle accelerator LHC. The jury of the CHIPP Prize honors the scientist "for her work on dark matter searches with the ATLAS detector and her role in establishing the use of simplified models for their theoretical interpretation," as the laudatio states.

I am very pleased to get this award and I see it as an appreciation of my work performed at CERN in recent years, says Johanna Gramling. The 29-year-old physicist got the CHIPP prize on the occasion of  CHIPP annual meeting in Geneva. The prize is awarded every year to a young researcher for an outstanding scientific contribution. It is the most prestigious award in the field of particle physics in Switzerland. 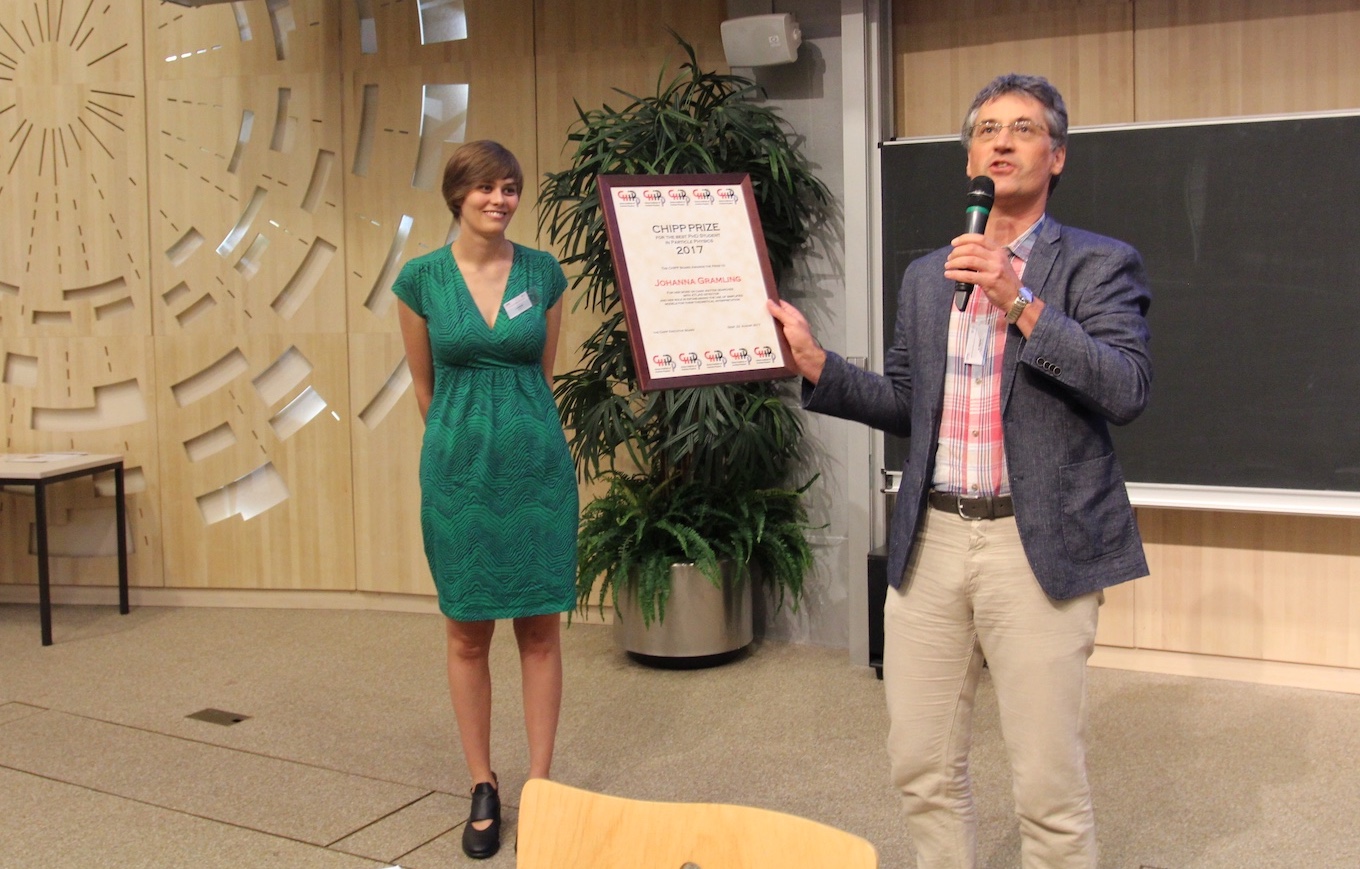