Children at the Heart of Human Rights

The Summer School ‘Children at the Heart of Human Rights’ is a unique opportunity for students and young professionals to engage with leading experts in a dynamic scientific interdisciplinary environment. It is the perfect academic and professional preparation experience for those students interested in children’s rights and international human rights organizations.

The course is shaped to bring out the best of current issues in the international debate on children’s rights studies and policies. It will examine these issues with an interdisciplinary perspective and investigate different international legal instruments such as the UN Convention on the Rights of the Child and other human rights treaties and standard-setting instruments. This programme is characterized by a deep dive into the following :

The blending of all these features will favour a vibrant, challenging and fruitful interactive learning atmosphere.


Students will be provided with a Certificate of Completion for their course if they satisfy attendance.

Please note that this is not an official University of Geneva transcript. It is the students’ own responsibility to validate this course for credit at their home university previsously to the summer school, as specified in our Regulations.

The teaching staff is composed of enthusiastic outstanding scholars, teachers and experts from academic settings, international organizations such as the UNHCR, WHO, ILO, ICRC and the UN Committee on the Rights of the Child, Non-Governmental Organizations and Independent National Human Rights Institutions on Children’s Rights.

Moreover, the academic content and organization of the programme is supervised by the Centre for Children’s Rights Studies (CCR - UNIGE) in partnership with International Institute for the Rights of the Child (IDE), two leading institutions in the field of children's rights.

The Programme Director and Co-director along with the Programme Coordinator are responsible for the design of the study programme, its dynamic format and the group activities that will be carried out in Geneva.

Former Director of the Centre for Children’s Rights Studies (CCR - UNIGE)
Professor - Faculty of Psychology and Educational Sciences - University of Geneva
Member of the UN Committee on the Rights of the Child.

Philip D. Jaffé is Professor at the University of Geneva’s Faculty of Psychology and Educational Sciences. Until 2019, he was also the Director of the Centre for Children's Rights, which is located two hours away from Geneva on its new campus in Sion, Canton of Valais. Along with Jean Zermatten, he is responsible for the sector Child and Youth Policy within the Swiss Center of Expertise in Human Rights and serves on its Board. Trained in Geneva, New York and Boston, he worked several years as a clinical and legal psychologist in Massachusetts’ maximum security prison mental health system. After returning to Geneva, in addition to part-time (and then full-time) academic duties at the University of Geneva, he continued working in the prison system and developed a private practice as a psychotherapist and a court expert.

Areas of interest: hearing children in judicial proceedings, violence against children, children in conflict with the law, child-friendly justice, and the field of Children’s rights. 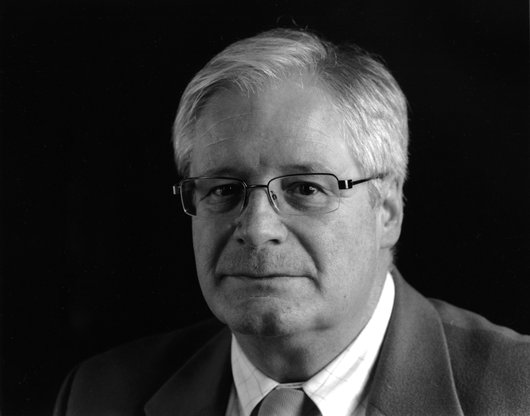 Jean Zermatten was President and Dean of the Juvenile Court of the Canton of Valais (Switzerland) from 1980 to 2005. He is the Founder and Director of the International Institute for the Rights of the Child (IDE) in Sion/Switzerland and has been a Lecturer at the University of Fribourg (Arts Faculty, Social Work and Law Faculty). He is Dr h.c. from the University of Fribourg

He has initiated and launched the MAS in Children’s Rights, in collaboration with the University of Fribourg and the Institut Universitaire Kurt Bösch and various academic DAS and CAS on children's rights issues for professionals.

He has worked on various continents, including in Africa and is Member of the WAN (West Africa Network for children on the move, with the International Social Service). 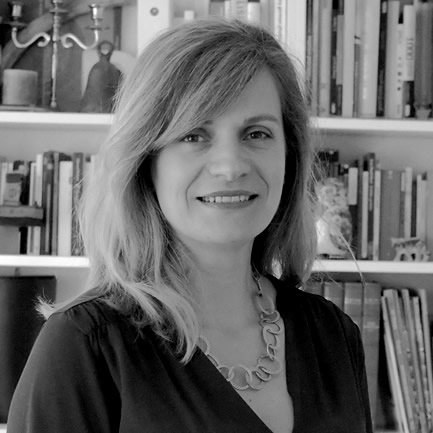 Senior Research Associate, Centre for Children’s Rights Studies (CCR - UNIGE) and coordinator of the Master of Advanced Studies in Children's Rights and scientific coordinator of the European Network of National Observatories on Childhood (ChildONEurope) (2008 - 2013).

Dr. Ruggiero holds a Master of Law and a PhD in Promotion and Protection of Children’s Rights from the University of Molise, Italy. She is Scientific collaborator at the Children’s Rights Unit of the University Institute Kurt Bösch (IUKB) in Sion, Switzerland where she works as coordinator of the Master of Advanced Studies in Children's Rights. She is also senior lecturer at the University of Padua, Italy at the Faculty of Political Science in a course on Social Policies Dedicated to Childhood. From 2008 to 2013 she had been scientific coordinator of the European Network of National Observatories on Childhood (ChildONEurope), Istituto degli Innocenti in Florence, Italy. Prior to these positions she worked as researcher at the, International Organization for Migration, at the UNICEF-Innocenti Research Centre and as external professor on children’s rights at the Faculty of Human and Social Sciences, University of Molise, Italy. Her research interests and publications include ombudspersons for children, implementation of children’s rights, de-institutionalization, trafficking in human beings, child witchcraft allegations and EU law and policies on children's rights.

The Schedule for the 2020 edition will be online soon.

The Programme Director and Co-director along with the Programme Coordinator are responsible for the design of the study programme, its dynamic format and the group activities that will be carried out both in Geneva and Sion. 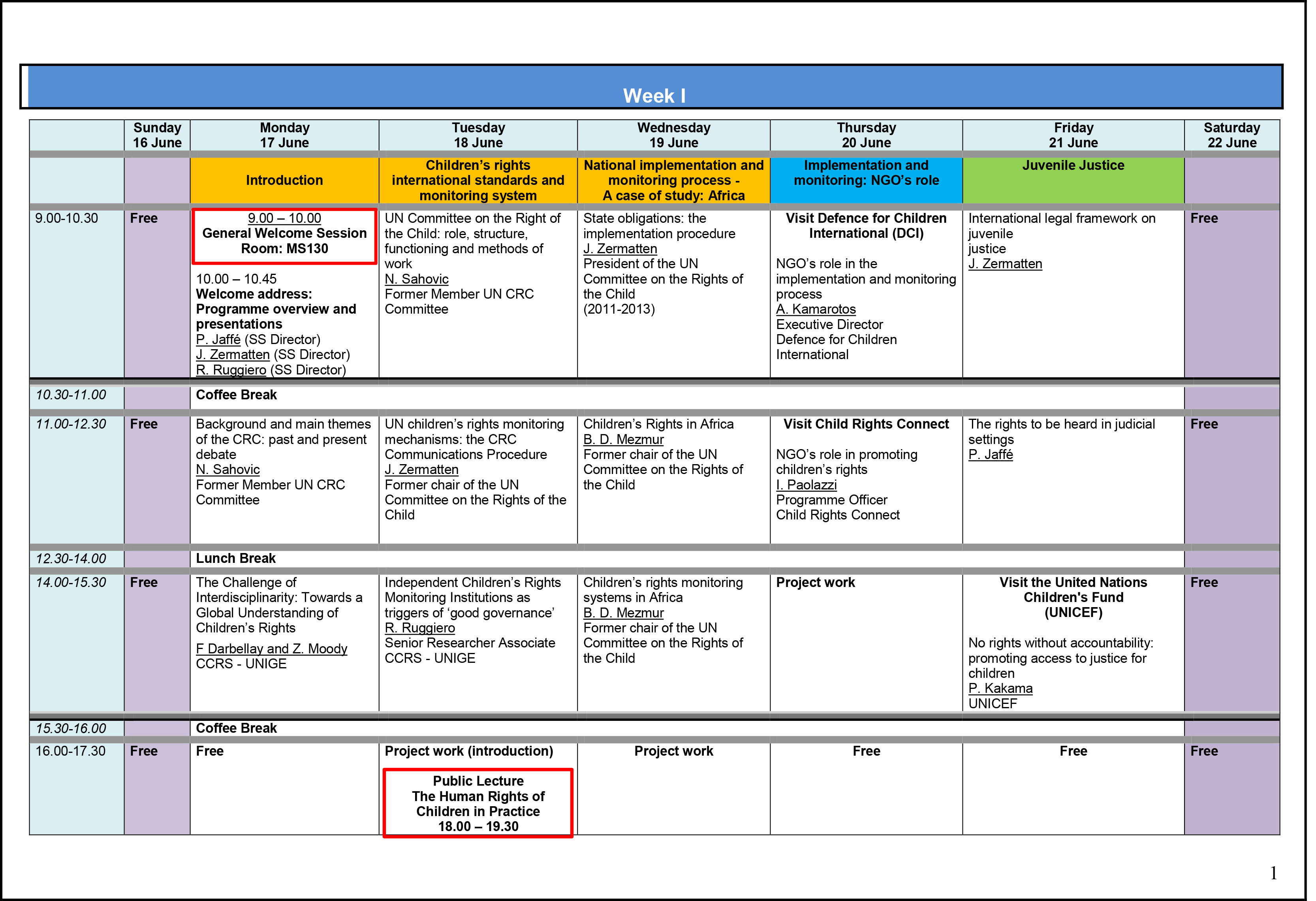 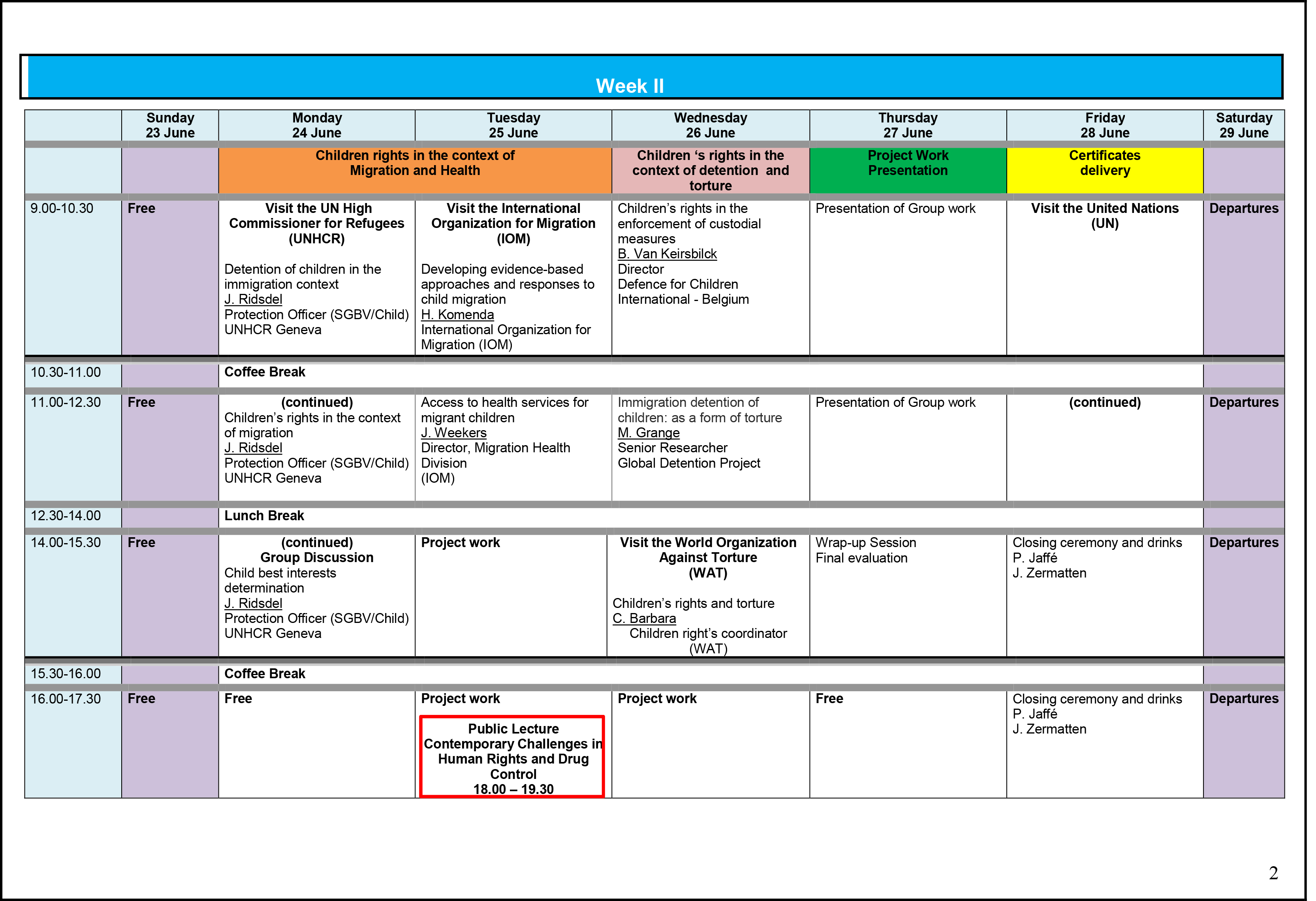 I attended this course in 2015 and I really loved everything about it - from the interesting people I met to the academic content. Having the opportunity to meet and attend lectures by

The Children at the Heart of Human Rights program was absolutely AMAZING! I would highly recommend it to anyone interested in children, or in general human rights. It was such an

incredible experience and I am so honoured to have had the opportunity to partake in it. I met people from all around the world, and still keep in contact with them! By taking this course you will learn SO much, have amazing cultural experiences, and meet some outstanding people. 10/10 would recommend!!! (GoAbroad Review)

I truly recommend this school for those, who want to spend their summer productively, meet new people, get valuable knowledge and experience of collaborating with international community, as well as envoy beautiful and very international Geneva! Satisfied with it for 100%! Go for Geneva summer school. (Facebook Review)