Following the success of the University of Geneva Terra Submersa expedition in 2014, the summer school offers an intensive course on a new, multidisciplinary scientific field: Continental Shelf Prehistoric Research (CSPR).

The course aims at educating postgraduate students and young scientists to move across the boundaries of marine geosciences and archaeology, in order to shed light on the interaction between our ancestors with the dynamically changing environment.

Practically, the summer school will take place in Porto Cheli (Greece), and include field trips to the prehistoric site of Franchthi Cave and surrounding area. Its objective is to give the opportunity for young archaeologists and geoscientists to:

Students will be provided with a Certificate of Completion for their course if they satisfy attendance.

Please note that this is not an official University of Geneva transcript, as Geneva Summer Schools courses are not accredited University of Geneva courses.It is the students’ responsibility to validate their course for credit at their home university before commencing the summer school, as specified in our Regulations.


We wish to thank the AKS Porto Heli hotel for their precious support.

Teaching by the University of Geneva faculty and renowned experts from international universities or institutions. 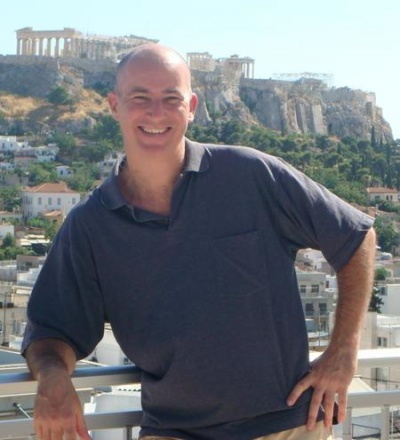 Julien Beck is a Senior Lecturer in Aegean (prehistoric Greek) and Near Eastern archaeology at the University of Geneva. As a field archaeologist, he conducts or has conducted excavations in Cyprus, Greece, Italy, and Switzerland. He has also worked on issues pertaining to methodology and epistemology in archaeology.

Part of his current research is about the Neolithic period in the Eastern Mediterranean. In 2012, he launched a Swiss-Greek research project in the Bay of Kiladha, off the well-known site of Franchthi Cave, to find a submerged prehistoric settlement that could be one of the first villages in Europe. In 2014, he was the scientific leader of the University of Geneva Terra Submersa expedition in the Argolic Gulf. 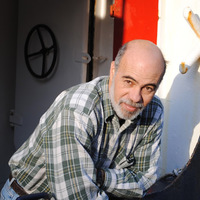 Dimitris Sakellariou is a Structural / Marine Geologist and Research Director at the Institute of Oceanography of the Hellenic Centre for Marine Research (HCMR), Greece. He holds a bachelor's degree in Geology from the Department of Geology of the Kapodistrian University of Athens, Greece. He followed postgraduate courses on tectonics and sedimentology at the Ruhr University of Bochum, Germany, in 1984-1985. He completed his doctoral thesis in 1989 at the Institute of Geology of the Johannes-Gutenberg University of Mainz, Germany.

Dr Sakellariou was appointed Head of the Department of Geology-Geophysics of the Institute of Oceanography for the period 2004-2009. Between 2009 and 2013, he held the position of Scientific Coordinator of the Underwater Activities Department (Underwater Vehicles) of HCMR. His duties were to manage and coordinate the use and maintenance of the manned submersible Thetis, four remotely operating underwater vehicles (ROVs), and the scientific diving team of HCMR.

Dr Sakellariou has coordinated or has participated in more than 40 national, international, and European research projects and his total publication record exceeds 150 papers in peer-reviewed journals, congress proceedings, contributions and invited lectures in congresses.

Dr Sakellariou is active in Marine Geoarchaeological research, particularly in the search, survey, and mapping of submerged archaeological remains in shallow and deep waters, and the reconstruction of submerged prehistoric landscapes. He was Vice-Chair of COST Action TD0902 SPLASHCOS (2009-2013) and since 2008 he coordinates the DEUKALION Planning Group (along with Dr N. Flemming and Prof G. Bailey), a European scale initiative to promote research on the submerged prehistoric landscapes and archaeology of the European continental self. 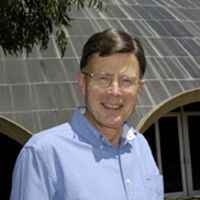 Concerning my week in Greece, it was a great experience. We were a very good team, everyone was friendly and we had a lot of fun. The hotel by the sea was nice as well.

In conclusion, I highly recommend this summer school. It is an occasion to learn a lot about new topics, to meet people and share our different knowledges!

I had a great time at Portocheli, Greece. I've got a whole new complete experience as I'm from geography background I know nothing about Archeology. By attending this summer course I got to know so many things about this stream and I'm glad I got to attend the course with such talented people.

The Summer School in Submerged prehistoric landscape is highly recommendable. As a maritime archaeologist I had the opportunity to have a better insight into the methodologies applied by geologists and geophysicists and more importantly to understand the need of an interaction between these two disciplines.

The course was a well-balanced mix between theory and practice. Morning sessions were followed by fieldtrips in different submerged archaeological sites, where we had the chance to observe, apply and discuss what we have learnt.The group was an interesting mix of different disciplines (e.g. archaeologists, geologists, geotechnical engineers), which enabled and activated a fruitful exchange of opinions and points of view. The organizers and lecturers were very compentent, enthusiastic and encouraged a high level of interaction and discussion.

I strongly recommend this summer school for all postgraduates and young scientists interested in this field. Besides exciting inputs and the possibility to activly apply the learned knowledge, also the location where the course took place is well chosen in beautiful Porto Cheli.