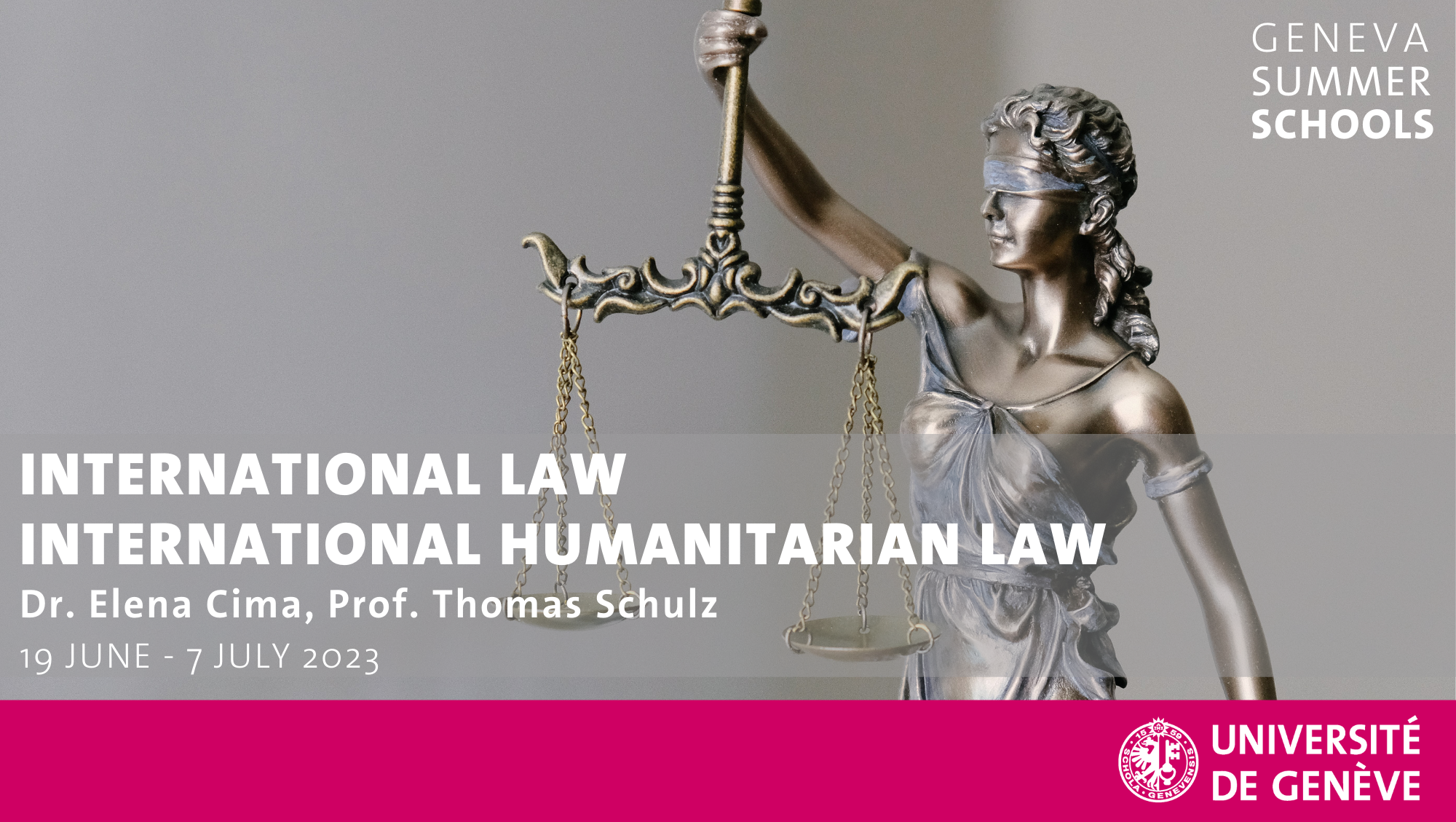 This course is made for students and junior professionals who are intrigued by international law or marvel at its day-to-day interactions with international politics, affairs and business. This is the opportunity for such learners to get a crash course to introduce them to this fast moving, intellectually thrilling and profoundly humane field of the law. The course is shaped so as to bring out the best of current issues in international law, while remaining accessible to non-specialists and seeking to broach the main principles of “International Law 101”, so as to allow enthusiasts to go further.

At the end of this course, participants will have a general understanding of some of the cutting-edge issues in international law today. This will allow them to either orient their future studies or refresh and extend existing knowledge.

The 2023 programme will be uploaded soon.

Participants choosing the package, can register through us for housing at the Cité universitaire de Genève. Please thorougly read our instructions before filling in the application form.

Please note that only a limited number of rooms are available for that course. All applications are handled on a first come first served basis and assignments will be subject to availability.

Elena Cima is a Senior Lecturer in International Law at the University of Geneva, where she teaches courses on international environmental law, energy law, and investment law. His work has been awarded the Jubilee Prize of the Swiss Academy of Humanities and Social Sciences. He is also the founder and Editor-in-Chief of the Journal of International Dispute Settlement and the co-editor of the Oxford Handbook of International Arbitration. He is the author or co-author of four books on arbitration or dispute resolution (three of which he had published by the age of 30), and is working on four more.

Ines Mesek is a Teaching and Research Assistant as well as a Ph.D. candidate at the Faculty of Law of the University of Geneva, Department of Public International Law and International Organization.

Parallel to her studies, she has acquired a professional experience in a law firm in Geneva and in a law firm specialized in international civil aviation in Nyon. 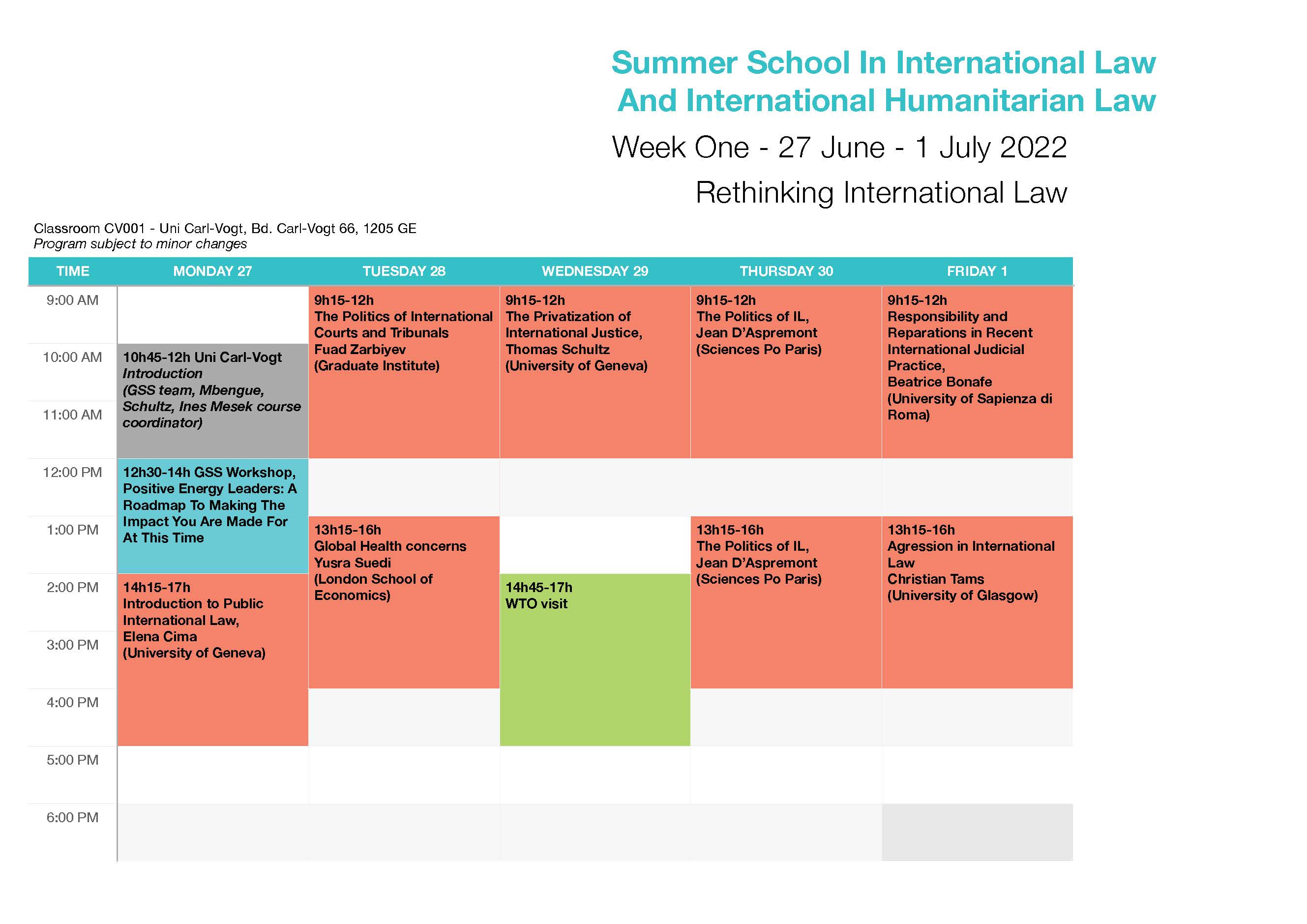 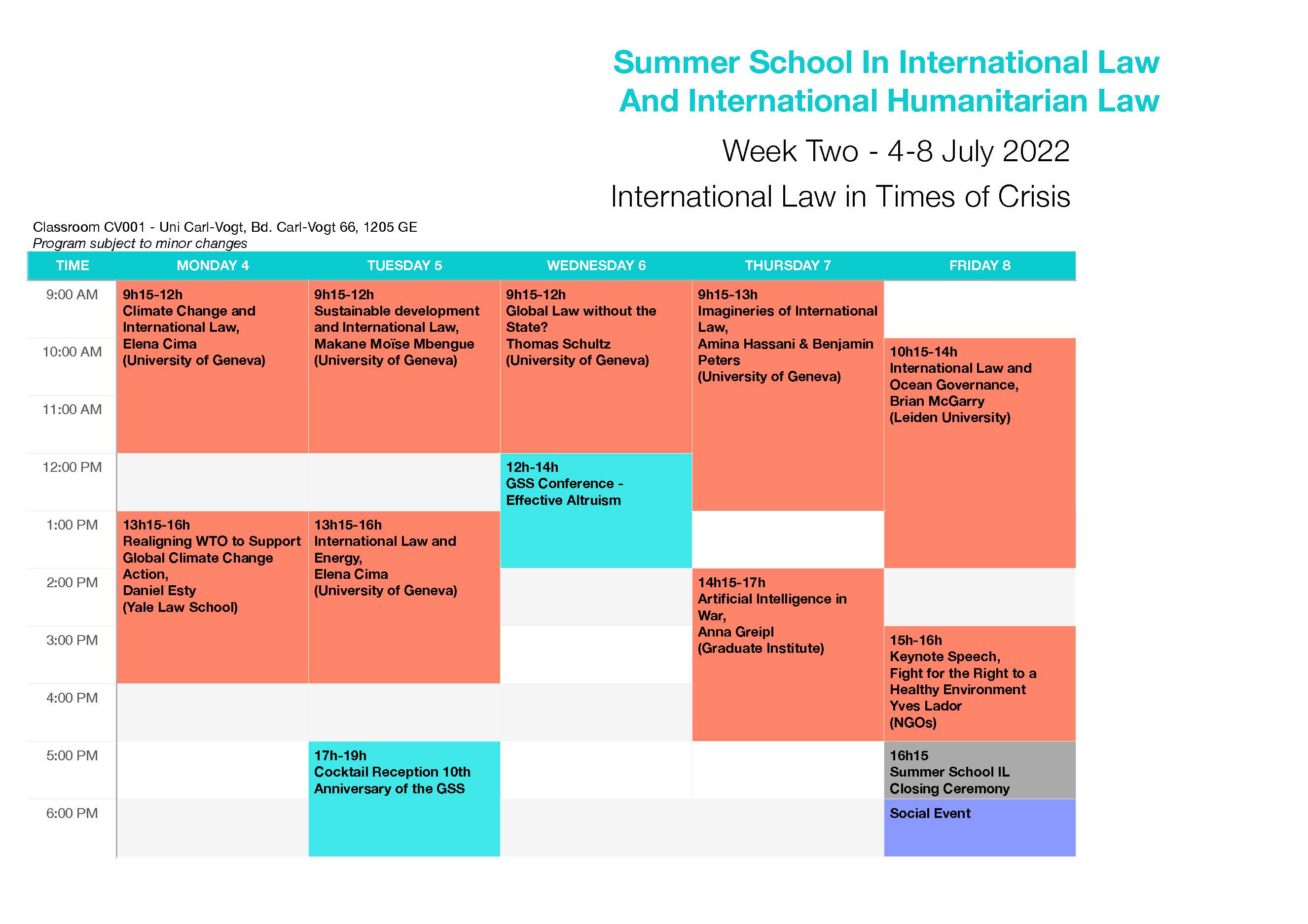 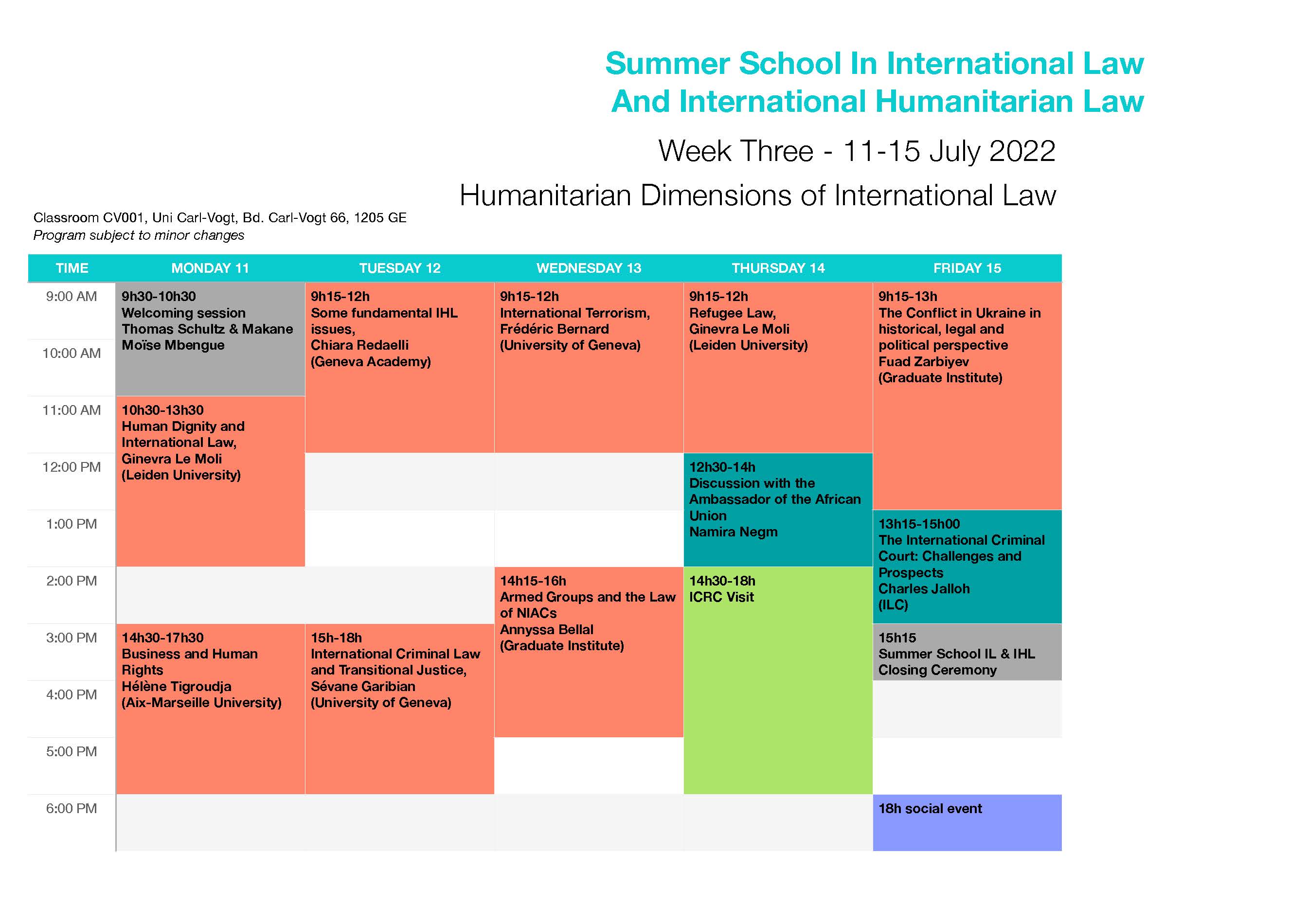 I am extremely grateful to have had the opportunity to attend the Geneva Summer Schools, participating in the course "International Law" hosted by the University of Geneva.
It was a pleasure learning about a broad range of interesting and important topics such as global health, the politics of international law, climate change, artificial intelligence in war, and ocean governance.I am looking forward to implementing all the valuable information I have gained into practice!

I participated in 2015 and it I got my first international law experience out of if from Prof Makane Mbengue who let me help him as a student assistant during the summer school. He subsequently wrote me a letter of recommendation for it, and it opened doors for me at the UN Office of Legal Affairs in New York, in an international law firm in Hong Kong and at the ICC in Paris…. And all this helped me land my first job at the UN now in New York.So very thankful to Prof. Kolb for recommending me to go to GSS and to Makane Mbengue for giving me the opportunity to get my first student job experience in international law which did a dominos effect to the current job I have now.