[81] Genetic and Biochemical characterization of the conserved Ccr4-Not complex.

The Collart laboratory works on characterizing, the function of a conserved and essential multi subunitprotein complex called Ccr4-Not. This complex is a central regulator of mRNA metabolism in all eukaryotes. It has two known enzymaticactivities, ubiquitination provided by the RING finger Not4 E3 ligase, and deadenylationprovided by the Caf1 and Ccr4 subunits. It is built upon a scaffold protein Not1 onto which the other subunits dock and represent functional modules. It is most well known for its role in repressing gene expression when recruited to mRNAs by RNA tethers such as RNA binding proteins or the microRNA machinery.

Recent evidence in the Collart laboratory has demonstrated that the Not proteins, including the Not1 scaffold, are important for translation elongation dynamics and co-translational processes. They form condensates, granules named assemblysomes, in which paused ribosomes are protected from ribosome quality control mechanisms, enable co-translational processes such as protein interactions or chaperone-mediated folding, and can continue translation. Formation of these granules was shown in human cells to be initiated by co-tethering of mRNAs by the Not1 protein, independent of translation elongation. Recently, the Collart laboratory showed in budding yeast that the condensates are dynamic and exclude the translation factor eIF5A. They have proposed that this contributes to regulate translation elongation dynamics.

The projects in the Collart laboratory are currently geared to the characterization of the Not condensates and how they modulate translation elongation dynamics according to ribosome pausing or codon-optimality. They use multi-omic approaches including RNA-Seq, Ribo-Seq, 5’P-Seq, SILAC, metabolomics, combining wet lab and bioinformatic analyses, as well as classical molecular biology, genetic and biochemical approaches. They do their studies with budding yeast as a model organism, ideally suited to decipher the function of such a complex regulator as Ccr4-Not.

Recently, the Collart laboratory has extended their studies of translation regulation to human lung cancer cells, after finding in collaboration with the Coppari group that a peptidyl-prolyl-cis-trans isomerase, FKBP10, contributes to cancer growth and regulates translation elongation, important in particular for production of ribosomal proteins. 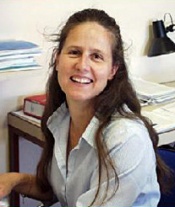