The DPNC Astroparticle group, led by Prof Montaruli and composed by the MER Dr. della Volpe and  CS Dr Heller, has contribute to the LHAASO experiment by providing the technology Cherenkov Telescope photodetection plane.

The technology developed by the DPNC group and Swiss industries was adopted by LHAASO, which also produced in Switzerland the component for  its 18 telescopes.

This contribution has been recognized by LHAASO, which has a the UNIGE group as the only non-Chinese member of the collaboration, with right of vote in the Institutional board.

Dr. della Volpe has coordinate the LHAASO Science white paper and currently he is  the Chair of the LHAASO Editorial Board.

All group members are main authors and have an active role in the publication reviews. 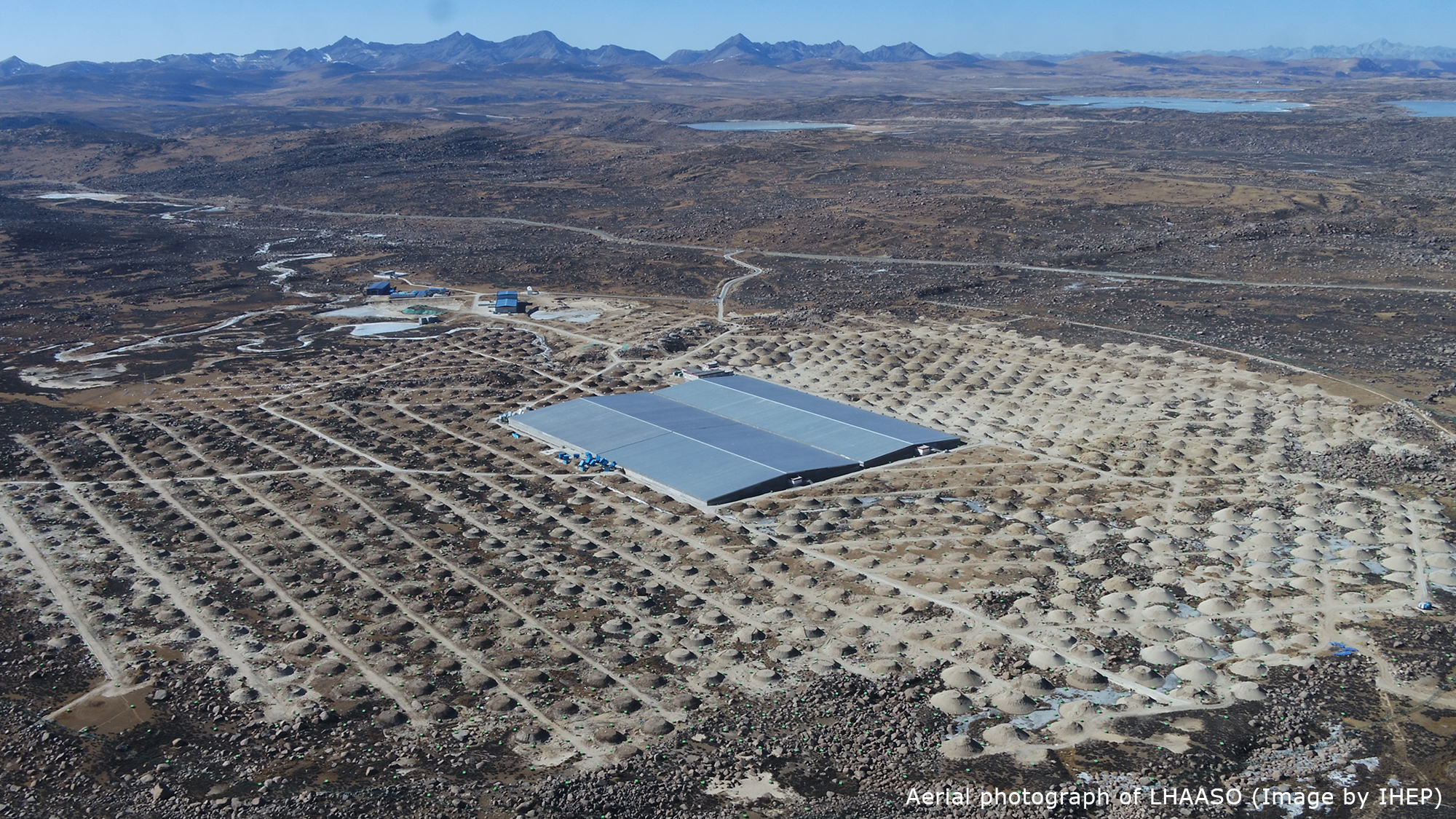 China's Large High Altitude Air Shower Observatory (LHAASO)—one of the country's key national science and technology infrastructure facilities—has found a dozen ultra-high-energy (UHE) cosmic accelerators within the Milky Way. It has also detected photons with energies exceeding 1 peta-electron-volt (quadrillion electron-volts or PeV), including one at 1.4 PeV. The latter is the highest energy photon ever observed. These findings overturn our traditional understanding of the Milky Way and open up an era of UHE gamma astronomy. These observations will prompt us to rethink the mechanism by which high-energy particles are generated and propagated in the Milky Way. In addition, these observations will encourage us to explore more deeply violent celestial phenomena and their physical processes as well as test basic physical laws under extreme conditions. These discoveries are published in the journal Nature on May 17. The LHAASO International Collaboration, which is led by the Institute of High Energy Physics of the Chinese Academy of Sciences, completed this study.

The LHAASO Observatory is still under construction. The cosmic accelerators—known as PeVatrons since they accelerate particles to the PeV range—and PeV photons were discovered using the first half of the detection array, which was finished at the end of 2019 and operated for 11 months in 2020.

Photons with energies exceeding 1 PeV were detected in a very active star-forming region in the constellation Cygnus. LHAASO also detected 12 stable gamma ray sources with energies up to about 1 PeV and significances of the photon signals seven standard deviations greater than the surrounding background. These sources are located at positions in our galaxy that can be measured with an accuracy better than 0.3°. They are the brightest Milky Way gamma ray sources in LHAASO's field of view.

Although the accumulated data from the first 11 months of operation only allowed us to observe those sources, all of them emit so-called UHE photons, i.e., gamma rays above 0.1 PeV. The results show that the Milky Way is full of PeVatrons, while the largest accelerator on Earth (LHC at CERN) can only accelerate particles to 0.01 PeV. Scientists have already determined that cosmic ray accelerators in the Milky Way have an energy limit. Until now, the predicted limit was around 0.1 PeV, thus leading to a natural cut-off of the gamma-ray spectrum above that.

But LHAASO's discovery has increased this “limit,” since the spectra of most sources are not truncated. These findings launch an era for UHE gamma astronomic observation. They show that non-thermal radiation celestials, such as young massive star clusters, supernova remnants, pulsar wind nebulas and so on—represented by Cygnus star-forming regions and the Crab nebula—are the best candidates for finding UHE cosmic rays in the Milky Way.

Through UHE gamma astronomy, a century-old mystery­—the origin of cosmic rays—may soon be solved. LHAASO will prompt scientists to rethink the mechanisms of high energy cosmic ray acceleration and propagation in the Milky Way. It will also allow researchers to explore extreme astrophysical phenomena and their corresponding processes, thus enabling examination of the basic laws of physics under extreme conditions.