T2K is a neutrino experiment designed to investigate how neutrinos change from one flavour to another as they travel (neutrino oscillations). An intense beam of muon neutrinos is generated at the J-PARC nuclear physics site on the East coast of Japan and directed across the country to the Super-Kamiokandeneutrino detector in the mountains of western Japan. The beam is measured once before it leaves the J-PARC site, using the near detector ND280, and again at Super-K: the change in the measured intensity and composition of the beam is used to provide information on the properties of neutrinos.

The contributions from the Geneva group are related to the maintenance and operation of the detector (TPC and Magnet), the data analysis mainly related to neutrino-nucleus cross-section and the development of more accurate neutrino-nucleus interaction models.

Since May 2019, Federico Sanchez is the International Co-Spokesperson of the collaboration.

T2K (Tokai-to-Kamioka) is a long-baseline neutrino experiment in Japan designed to study various parameters of neutrino oscillations. A near detector complex (ND280) is located 280~m downstream of the production target and measures neutrino beam parameters before any oscillations occur. ND280's measurements are used to predict the number and spectra of neutrinos in the Super-Kamiokande detector at the distance of 295~km. The difference in the target material between the far (water) and near (scintillator, hydrocarbon) detectors leads to the main non-cancelling systematic uncertainty for the oscillation analysis. In order to reduce this uncertainty a new WAter-Grid-And-SCintillator detector (WAGASCI) has been developed. A magnetized iron neutrino detector (Baby MIND) will be used to measure momentum and charge identification of the outgoing muons from charged current interactions. The Baby MIND modules are composed of magnetized iron plates and long plastic scintillator bars read out at the both ends with wavelength shifting fibers and silicon photomultipliers. The front-end electronics board has been developed to perform the readout and digitization of the signals from the scintillator bars. Detector elements were tested with cosmic rays and in the PS beam at CERN. 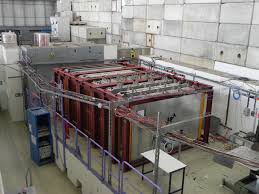 Hyper-Kamiokande (HK) is to be the next generation of large-scale water Cherenkov detectors.  It is planned to be an order of magnitude bigger than its predecessor, Super-Kamiokande (SK), with the optimal design consisting of two half megaton tanks equiped with ultra high sensitivity photosensors. The Hyper-Kamiokande detector is both a “microscope,” used to observe elementary particles, and also a “telescope” for observing the Sun and supernovas, using neutrinos.

The Hyper-Kamiokande project has an extremely rich physics portfolio that spans from the study of the CP violation in the leptonic sector and neutrino mixing parameters to proton decay, atmospheric neutrinos and neutrinos from astronomical origin. It is supported by both the HEP and Cosmic Ray communities.

In High Energy Physics (HEP), as in many science branches, performing inference on theoretical parameters θ is of high importance. This is often done through simulation of synthetic data via some underlying theory/mechanism,  ̃x ∼ p( ̃x|θ), comparing it with experimental data x, x ∼ pr(x). Due to the nature of the density p( ̃x|θ), either because of how the generative model is built or because its intractability, likelihood-free techniques are needed. A recent preprint of Louppe and Cranmer [2017] proposes a new technique,  Adversarial Variational Optimization (AVO) for non-differentiable
simulators, where generative adversarial neural networks (GANs) (Goodfellow et al. [2014]) together with variational optimization (Staines and Barber [2013]) are combined with the simulator to perform inference on its parameters.
When thinking about using the AVO set up in a realistic HEP problem, one has to tweak the algorithm to adapt it for simulators that reweigh some nominal sample set, which is quite common in this field.

TPC technology has been in use since the late 1970s, typically with readout of the drifted charge. Many TPCs with charge readout of micropattern devices have been built and operated at pressures ranging from 10 to 0.1 atm.

Briefly, optical readout of a TPC works as follows: the TPC is filled with a target gas, and instrumented with cathode, ground, and anode electrodes to define regions for producing and amplifying the signal. When an incident neutrino interacts, the final-state particles recoil through the medium, ionising atoms or molecules along their tracks, liberating electrons and ions. The electrons (or ions) are moved by the driftfield into the amplification region, where an avalanche of electron multiplication and scintillation photon production occurs depending on the applied field strength.. The optical readout records the ionisation along the track of the recoil, projected into the scintillation produced in the amplification plane. Typical drift velocities in gas are 0.1-10 cm/μs, and so by reading the amplification region signal at a MHz-GHz rate, the track extent in the drift direction (the time projection) can be reconstructed. The light emitted during the amplification is wavelength shifted by the gas doped with CF4 since noble gases scintillate normally in the Vacuum Ultra Violate spectrum that is challenging to detect. CF4 emits in the visible spectrum, which can be detected by standard CCD, MCP, PMT’s or SiPM technology.

In comparison to the neutrino detectors now running or being planned, the optical TPC is a quantum leap improvement in both the depth of information that can be observed—similar to the performance of bubble chambers—and the breadth of nuclear targets that can be probed in the same detector. The advantage of the optical TPC data will be the very high signal to noise ratio for every observed event compared to other detection techniques.

The probability of correctly identifying recoil protons in the HPTPC is much greater than in MINERvA or T2K’s ND280, or even in a liquid argon TPC like MicroBooNE or the future DUNE detectors. This advantage stems from the lower density of the gas target, in which particles travel farther than in liquid or solid detector materials. This allows the individual tracks to be resolved more accurately, and gives the optical TPC an advantage in threshold and resolution not seen since the days of bubble chambers. 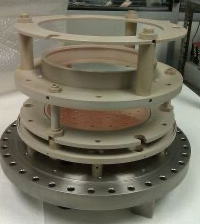 The goal of this upgrade is to improve the Near Detector performance to measure the neutrino interaction rate and to constrain the neutrino interaction cross-sections so that the uncertainty in the number of predicted events at Super-Kamiokande is reduced to about 4%. This will allow improving the physics reach of the T2K-II project. This goal is achieved by modifying the upstream part of the detector, adding a new highly granular scintillator detector (Super-FGD), two new TPCs (High-Angle TPC) and six TOF planes. Details about the detector concepts, design and construction methods are presented, as well as a first look at the test-beam data taken in Summer 2018. 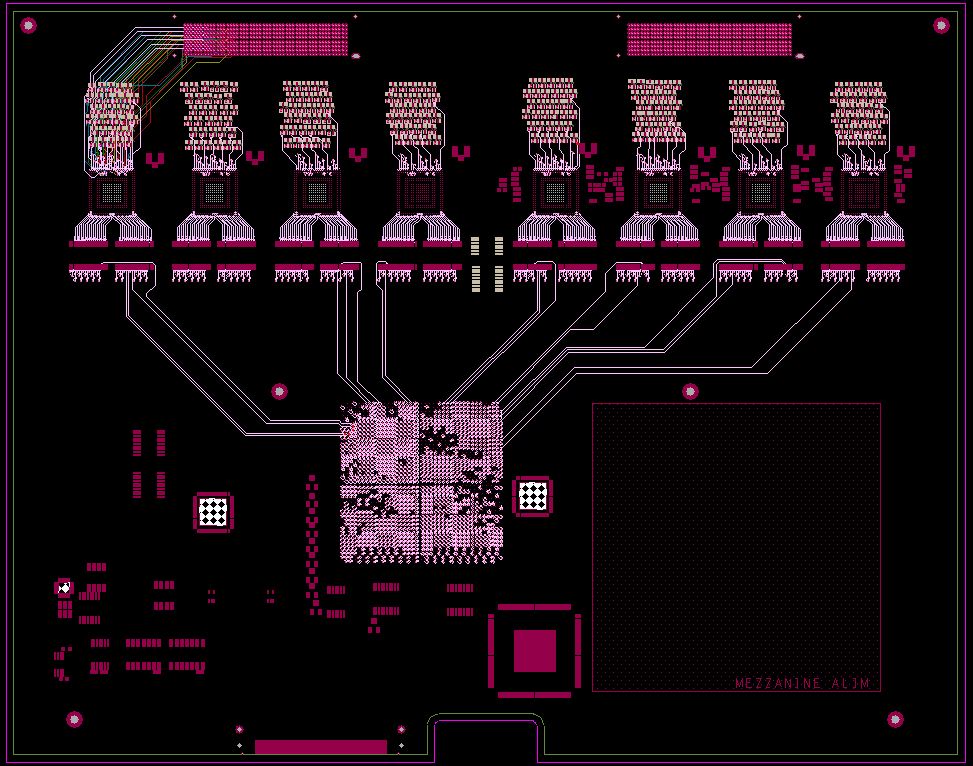 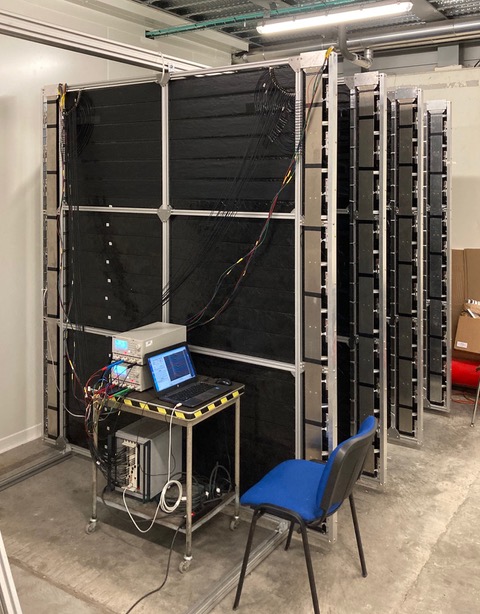