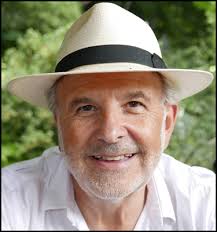 As a researcher, I’m interested in three main domains.

The first concerns the development of reasoning from childhood to adulthood and especially of conditional reasoning. With my colleague J.F. Lecas as well as with Henry Markovits, I developed a developmental theory of conditional reasoning inspired from Johnson-Laird and Byrne’s mental models theory (Markovits & Barrouillet, 2002). More recently, with Caroline Gauffroy, I proposed a new version of this theory that integrates the mental model theory with the dual-process approach put forward by Jonathan Evans. We have proposed this new theory in a Psychological  Review paper (Barrouillet, Gauffroy, & Lecas, 2008).

The second domain concerns working memory functioning. With Valérie Camos, we proposed a new theory of working memory functioning referred to as the Time-Based Resource-Sharing model that stresses the role of time and attention switching in working memory span tasks. This theory permits a new conceptualization of the notion of cognitive load and will be extended in the next years to a general model of the executive control (see Barrouillet, Portrat, & Camos, 2011, Psychological Review). The last version of the model is presented in our last book Working memory: Loss and reconstruction (Barrouillet & Camos, 2015), published by Psychology Press.

The third domain concerns numerical cognition in children and adults. The topic of this research concerns the strategy changes that can be observed with development in several domains of numerical cognition such as number transcoding, arithmetic problem solving, and word problem solving. In collaboration with Pr. Valérie Camos, I proposed a model of number transcoding named ADAPT (Barrouillet, Camos, Perruchet, & Seron, 2004, Psychological Review) that presents the peculiarity to shift through learning and development from a procedural to a retrieval-based strategy to transcode numbers. My more recent work concerns the strategies for solving very small additions.