Malaria is a major public health problem. It is caused by Plasmodium parasites and is transmitted by female Anopheles mosquitoes. Despite a recent decrease of the global burden from malaria through the distribution of insecticide-treated bed nets and artemisinin-based combination therapies, Plasmodium falciparum remains the most lethal of all parasites, leading to an estimated 212 million clinical cases and 429,000 deaths annually. With the emergence of resistance to the latest generation of artemisinin derivatives, characterised by a reduced rate of parasite clearance, drugs with novel modes of actions are urgently needed. To achieve malaria elimination, it is now widely accepted that future therapies will additionally have to target parasite transmission stages, an important feature that is missing from most current antimalarial drugs.

Malaria parasites diverged more than a billion years ago from the main eukaryotic lineage and are distant from well-studied organisms such as animals, yeast or plants. Therefore, more than 60% of malaria genes are not functionally annotated and many biological processes specific to the parasite lifestyle and lifecycle remain elusive. In my laboratory, we want to improve our understanding of the parasite’s atypical biology, so that it can be exploited by new drugs. We are particularly interested in three distinct aspects of intracellular signalling that are central to the pathogenicity and transmission of malaria parasites: calcium signalling, cell cycle regulation and protein processing. 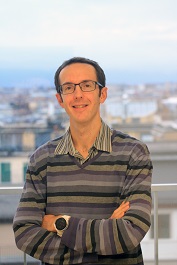