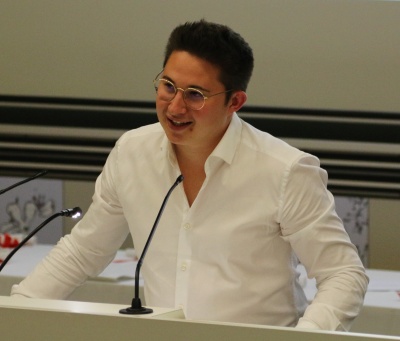 Matthieu Debief is a PhD candidate in Political Science at the University of Geneva where he has previously obtained an MA in Political Theory. He has been awarded two prizes for his MA thesis "The philanthropic authority: what defines philanthropy and how it relates to democracy" (2021 Faculty’s best Master Thesis; 2021 Department’s best Master Thesis) as well as a prize for his achievements during the Master’s degree (2021 Best average mean of the political science and international relations’ Master degree). He is also co-coordinator of the Geneva Colloquium in Political Theory.

His research project is entitled ‘‘What should be the role of nonprofit organization in a liberal democratic state’’. It consists mainly of an in-depth analysis of what nonprofit organizations consist as well as a discussion on how the political contribution of these organizations could be made compatible with the liberal democratic normative commitment to respecting citizens’ equality of opportunity to participate in the decision-making process.

Matthieu is also working on the SNSF Advanced Grant ‘‘Margin of Corruption’’ project. In this project, he studies how political corruption, understood as lack of office accountability, may be defined, assessed, and might occurred in the context of nonprofit organizations.