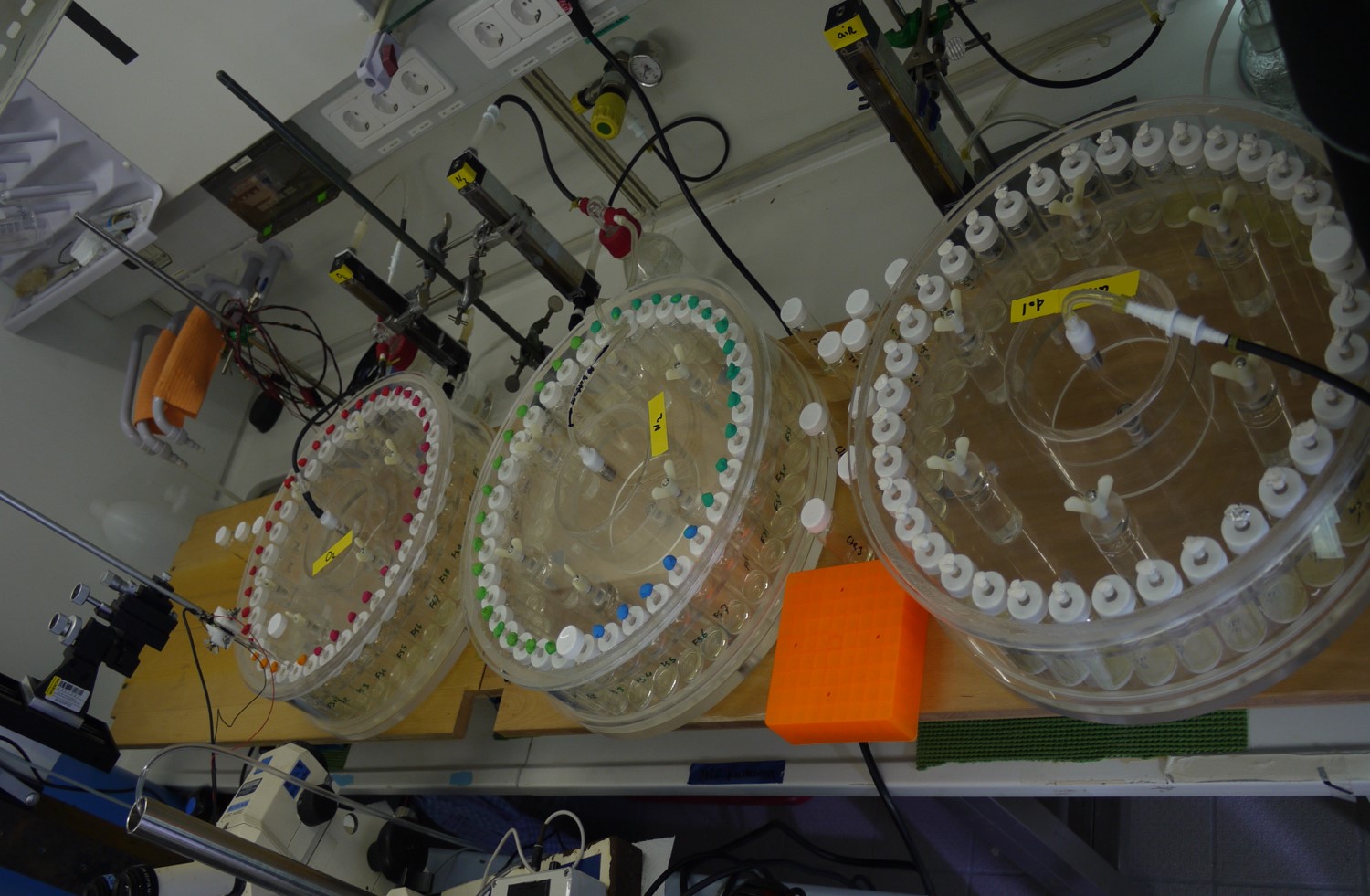 Adaptation through natural selection of terrestrial life to extra-terrestrial conditions: lessons for Life in the Universe.

Life is defined by the capacity of Darwinian evolution. Experimental evolution has proven to be one of the most powerful tools to study the mechanisms of evolution on Earth. Evolution that drove the diversification of life from a simple and homogenous beginning. We aim to perform experimental evolution and observe which geno- and phenotypic traits will be favored under conditions found on different planets. For this we assume that there is a core to life that is similar on Earth and elsewhere, so that presently the best model system to study Life in the Universe are life-forms found on Earth. There are many organisms (facultatively) adapted to life in the absence of oxygen (e.g. methanogens, yeast). Some of these function with very simple substrates, for example methane production occurring from hydrogenotrophic processes, where the substrates could be from expelled biogases of other organisms or by carbonate rock erosion (4H2 + CO2 -> CH4 + 2H2O). These processes also alter the balance of the stable C isotopes in the system (δ13C). From this perspective, we propose conducting experiments on organism evolution in alternative environments (various substrates and initial atmospheres, such as H2 + N2 mixture or CO2). Besides quantifying the organism’s evolutionary trajectory, we propose to monitor - using existing equipment in Department Forel - the various gases consumed or produced by these organisms, i.e. to investigate what types of atmospheric gas compositions could suggest the presence of life on extra-terrestrial worlds. Studies have shown growth of unicellular prokaryotes and eukaryotes under conditions found on other planets, like the H2 dominated atmosphere of rocky exoplanets, so the potential for experimental evolution is present.