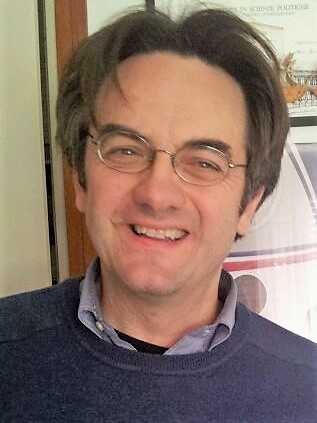 As political scientist, I have been researching issues of international and European migration and integration since 1997 with a comparative approach and by drawing on mixed methods. My current research deals with transnational migration from a theoretical and empirical perspective. The geographical focus of my work spans from Western to Central and South-Eastern Europe, and cover also the post-Soviet migration space with emphasis on the dynamics and multimodal character of migration flows in a changing policy context. Contribution to migration research include, among the other, issues of irregular migration, human trafficking, migration control, memory and migration, health and migration, international student mobility and migration, multiculturalism, immigrant integration as well as explorations of the European migration space, the convergence processes of the EU migration policy and migrant transnationalism in Europe and beyond. I have been working in many collaborative projects at national and European level and I am active in research networks regarding international migration as well as being from time to time advisor for national and international organisations.

Together with my affiliation at the University of Geneva (since September 2017), I am Honorary Research Fellow at the Department of Social Sciences, University of Roehampton in London (since January 2016), Affiliate Scholar at Franklin University in Lugano (since December 2018), member of the Karl Polányi Research Center for Global Social Studies at Corvinus University in  Budapest (since July 2016) and Associate Fellow at the Sant’Anna School of Advanced Studies, Institute of Law, Politics and Development (DIRPOLIS) in Pisa (since July 2014) where I was visiting professor from October 2013 until May 2014.

Senior Researcher at the University of Lugano (USI) from 2008 until 2017, I held an Associate Fellowship at the Centre for Research in Ethnic Relations (CRER) of the University of Warwick for ten years until the CRER closed in September 2011. In 2001, I received a Marie Curie Individual Fellowship for the project “Living on the Edge: Irregular Migrants in Europe” and I was the principal investigator at CRER for the research project in collaboration with the Centre of Migration Research of Warsaw University “In Search for a New Europe: Contrasting Migratory Experiences” (2001-2005).

Finally, I was visiting scholar at the Mershon Center for Education, Ohio State University (1998) and worked for the United Nations Industrial Development Organisation (1995-1996) in Milan. I combine research activities with routine lectures at post-graduate level in many universities and international institutions. Besides a significant number of papers, which I contributed to international conferences, I am also the author of an array of works on migration. My most recent publications include Migrants Unbound (2019, Transnational Press London, author) Migration and Transnationalism Between Switzerland and Bulgaria (2017, Springer, co-editor) and A Decade of EU Enlargement: A Changing Framework and Patterns of Migration, (2014, Central and Eastern European Migration Review, Vol. 3, No. 2, co-editor).