We have a strong interest in population genomics and genetics of complex traits. We are using various methodologies to understand the role of genetic variation in phenotypic variation. We also aim to understand what fraction of genetic variation is harbored within functional elements of the human genome, and develop methodologies for their efficient identification. Our main focus is on genome-wide analysis of gene expression variation and cellular phenotypes and association with nucleotide variation with a focus on disease susceptibility: We attempt to detect functional genetic variation in regulatory elements and subsequently use regulatory variation and accurately measured gene expression variation to bridge the genotype with disease phenotypes in association studies. Gene expression variation is interrogated either by deep mRNA sequencing using 2nd generation sequencing technologies or expression arrays.
We are also participating in the analysis of sequence and phenotype data of various disease samples and prospective cohorts with deep phenotyping at the cellular and organismal level. Our group also has a leading role in the HapMap3 projects and the 1000 Genome project. 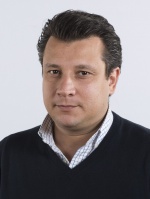