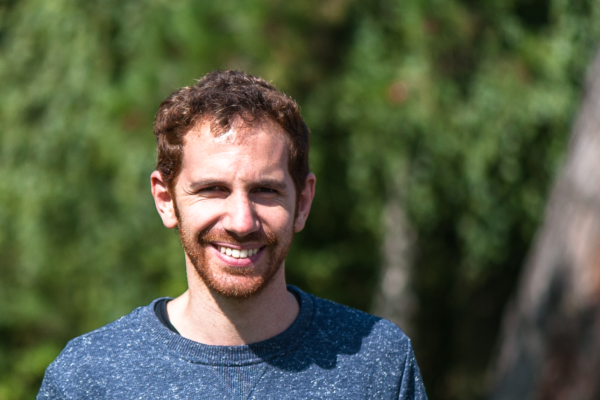 Proteins belonging to the ESCRT complexes are known as membrane remodeling factors, which regulate events such as cytokinesis, virus budding and multivesicular endosome (MVE) formation. Specifically, CHMP proteins (ESCRT III complex) are known as the key proteins in membrane deformation processes.  However, in mammalian cells, the exact mechanism by which recruitment of the ESCRT proteins to biological membranes occurs is not clear.  In order to better understand the role of ESCRT proteins, I am working with mammalian cells and in vitro assays using ESCRT recombinant proteins. In addition, I am interested in finding new proteins and lipids which could facilitate the recruitment of ESCRT proteins to the endosomal membranes.

I am a joined PhD student working in the laboratories of Dr. Aurélien Roux and Dr. Jean Gruenberg since September 2013. Before coming to the University of Geneva I did my undergraduate and master’s degrees in Biochemistry at the Pontificia Universidad Católica de Chile. Here, I worked in the Cell Biology department with Dr. María Paz Marzolo, and my research was focused on the study of the endocytic protein trafficking of receptors belonging to the low-density lipoprotein receptor family.

I am currently studying the role of the ESCRT proteins in the endosomal pathway of mammalian cells.