I studied Classics at the University of Athens, where I subsequently earned my MA in Philosophy from the Department of History and Philosophy of Science. In my MA thesis I focused on the comments of Michael of Ephesus on Aristotle's treatise On memory and recollection.

As a PhD candidate at the University of Geneva, my work is part of the SNSF Research Project Theories of Cognition in the Aristotelian Commentators, directed by Prof. Katerina Ierodiakonou.

The subject of my current dissertation is Memory and Recollection in the Aristotelian Commentators. Through my research my purpose is to discuss the concepts of memory (mnêmê) and recollection (anamnêsis) as they appear in the works of philosophers after Aristotle, from Late Antiquity to Byzantium. The Aristotelian account of memory is considered 'narrow' in comparison to its modern counterparts, and scholars often bring forward a series of puzzles and obscure aspects in its understanding. Similarly, these puzzles and obscurities attracted the attention of Aristotle’s ancient and Byzantine commentators, who offered their insightful observations and developed their own original views under the influence of the philosophical schools of thought in which they belonged. I aim to study the reception and influence of the Aristotelian ideas on memory, mainly with respect to the following questions: How does memory function? What is the relation between memory and recollection? What is the ontological status of memories? Which is memory's role as a stage in the acquisition of knowledge?

I am also a member of the Genevan group of Ancient and Medieval Philosophy (AMPhi), and very much interested in paleography and the history of texts.

My page on Academia.edu 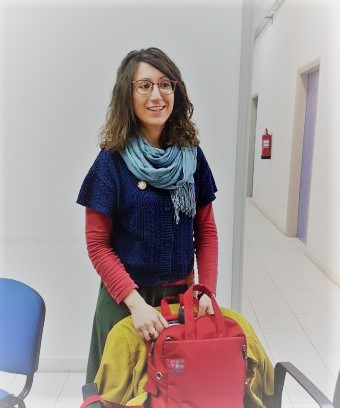