Internet of things for occupational health
An increasing number of organizations invest in biosensors and other wearable computing devices (Internet of Things - IoT) for improving the well-being of their personnel or as means for anticipating potential health and safety risks at work. The use of IoT at the workplace may be useful if purposefully used, but it is not unproblematic, since sensors create a massive data trail that organizations may harness and use for purposes other than occupational health or against the good of the personnel.
Our aim is to investigate, from three perspectives (information systems, legal, and ethical) the opportunities and risks when IoT is introduced in the workplace.
This interdisciplinary project is funded by the Swiss National Science Foundation and led in collaboration with Prof Tobias Mettler (head of the project) and Prof Sophie Weerts, both working at the IDHEAP (Lausanne University).
Availability to others

The importance of being open and present to another, or, as Gabriel Marcel calls it, being available, is widely acknowledged, both in and outside academia. This attitude is taken to be important to develop a non-conflictual relationship where the other feels understood and valued. However, it is usually not explained what it means to be open and present.

There was a burst of interest in this question in the first half of the 20th century and authors such as Martin Buber, Gabriel Marcel and Simone Weil discussed it. But none of them provided a systematic account of this attitude and attention to it remained marginal. However, if availability toward others play the important role it is taken to have in our relationships with others, it deserves more attention and it needs to be more precisely studied.

The aim of this research project is first to describe more precisely the attitude of availability in order to get a good grasp of the phenomenon and understand what is meant when we speak about being open and present. This will enable us to clarify the role that this attitude plays in our relationships with others. Second, if the importance of availability for successful relationships is confirmed, we will see how the new understanding of availability its impacts can be used to teach and promote this attitude more effectively. For this project we will look at one context in which availability seems especially important: the relationship between patients and health care professionals.

This project is conducted by Elodie Malbois and co-supervised by Christine Clavien. It is funded by the Swiss National Science Foundation.

Clinical reasoning and nudging ; a look into the ethical issues

The doctor-patient relationship has been researched in many disciplines. This very relationship is at the heart of care. However, the understanding of the context and what surrounds this relationship has not been investigated. More specifically through the angle of the process of clinical reasoning and the impact of nudging during longitudinal care.

Nudging is a concept, which proposes indirect suggestion to influence the decision making of individuals, only if the individual chooses to.

Multi morbidity is a condition which demands a longitudinal care, through time the relationship and reasoning may change and the factor of time is one that could be fascinating to explore in an effort to improve not only the understanding of this dynamic but also to identify and clarify what ethical issues and implications are at stake.

The purpose of this research is to investigate the process of clinical reasoning in a longitudinal care with patients with multi morbidity, and how/which nudges are used during this process. In order to conduct this research it is crucial to integrate the analysis through two lenses the first being grounded on a philosophical analysis the second grounded on a qualitative analysis. In an effort to further bridge the gap between the practical implications and the theory of nudging in a medical clinical reasoning setting.

This project is conducted by Julia Sader and co-supervised by Christine Clavien and Marie-Claude Audétat.

Attempts to bridge evolutionary psychology and ethics generate heated debates. On the one hand, there is the worry that old social-darwinian or eugenic ideas are brought back under the cover of a dubious pseudo-scientific rhetoric. On the other hand, it seems that one cannot reasonably take a stance on what is morally expected and required while ignoring growing knowledge about the human natural (and evolved) faculties involved in social interactions.

We aim at developing a systematic overview of how knowledge and arguments stemming from evolutionary psychology can (and have been) recruited in three main domains of ethics: descriptive ethics, normative ethics, and practical ethics.

Humans and non-human animals are capable of spectacular as well as ordinary helping actions. Can these actions or their underlying behavioural tendencies be described as altruistic? Some will and some won’t, and the answer will greatly depend on one’s definition of altruism.

Altruism, broadly conceived as unilateral giving behaviour, has been investigated by disciplines as different as psychology, philosophy, sociology, neurosciences, economics, or biology. However, a close analysis readily shows that these disciplines conceive the phenomenon of altruism very differently. As a consequence, the same action or behaviour may fall under the altruism category in one research area but not in the other, which leads to major misunderstandings across disciplines. Do these disciplinary specificities impede a full understanding of the general phenomenon of human altruism or do they each shed an original and irreplaceable light on the phenomenon? In this project, we aim at investigating the latter hypothesis.

We start with an explicitly broad concept that we label “ordinary altruism”, which is close to the common sense and moral use of the term. Human ordinary altruistic actions fulfil the three following conditions:

On the basis of this conceptual and empirical work, we will extend our investigation to practical issues. In which areas of action is ordinary altruism most likely to occur? Which environmental and psychological features do facilitate (or impede) the production of altruistic actions? Is it ethically appropriate to promote altruism? What practical measures could be applied in order to promote altruism in contemporary societies? More particularly, how could altruism be encouraged in medical contexts?

This project is conducted by Christine Clavien

The ethics of nudges

Nudges are soft interventions designed to influence people’s choices in desired directions while leaving them the choice to do otherwise. These interventions exploit (i.e. eliminate, bypass or elicit) fast automatic and often unconscious decision-making pathways, such as risk aversion, compliance to authority, tendency to stick to default options, or hyperbolic discounting. For example, the risk aversion bias leads patients to underestimate the gains of a drug compared to its possible side effects. This reasoning failure may be corrected by using a framing nudge, that is, by presenting medical information so as to emphasize the risks associated to non-consumption of the drug.

Most nudging interventions can be applied with little administrative difficulties, and since they preserve freedom of choice, they are often seen as ethical ways to fix problems. Therefore, nudges are increasingly considered as attractive solutions by policy-makers in all sorts of domains.

However, despite their attractive features, nudges may raise difficulties. First, due to their variety and the variety of their application, there is often unclear evidence of the efficiency of particular nudges. Second, while some nudges seem benign, other raise serious ethical concerns. The default organ donation policy discussed and rejected by Swiss politicians in 2015 is an illustration. One persistent question is the extent to which nudges are manipulative and thereby a treat to autonomous decision-making.

Ethical issues raised by the use of nudges have been extensively discussed in moral philosophy circles, but little work has been done in practical ethics. Can we transpose relevant philosophical considerations into workable evaluation procedures that policy-makers could use ahead of their decisions do apply a nudge?

We aim at bridging the gap between theory and practice. Our goal is to help policy-makers (in particular decision-makers in the health care system) to develop effective and ethically acceptable nudging intervention. 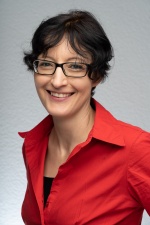