The UN Committee on the Rights of the Child in Valais

Prior to 91st session on August 28t in Geneva, the Committee spent the previous week in Valais. The Centre for Children’s Rights Studies of the University of Geneva, which is located at the Valais Campus of UNIGE in Sion, hosted discussions of the Working Group on Children’s Rights and the Environment regarding the General Comment 26.

The Committee members from Samoa, Egypt, South Africa, Japan, Georgia, Bulgaria, Iceland, Belgium, Tchad and Uruguay were joined by the NGOs Child Rights Connect and the Institut International des droits de l’enfant (IDE). They were heartly welcomed by the mayor of the city of Sion, Mr. Philippe Varone, State Councillor Mr. Frédéric Favre from the canton of Valais and the Vice-rector of the University of Geneva, Mr. Stéphane Berthet.

The weekend was the occasion to discover the countryside of Valais with its bisses and dams. The group also enjoyed a beautiful visit of the Foundation Gianadda, met the mayor of Martigny, Mrs. Anne-Laure Couchepin Vouilloz and the former UNCRC member Mr. Jean Zermatten.

Discovery of the canton of Valais

After this rich weekend, we wish them a fruitful session. From 28 August to 23 September 2022, the Committee will review the State reports of North Macedonia, Ukraine, Uzbekistan, South Sudan, Germany, Vietnam, Philippines, and Kuwait.

Thank you to the local TV station Canal 9 for having covered this unique visit. 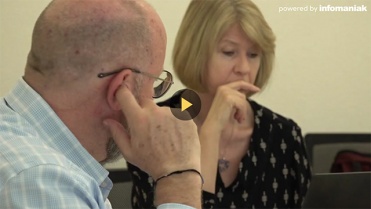