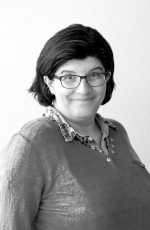 Donatella Pulitano holds a Master's degree in translation (1987) and a "Certificat de spécialisation en terminologie" (1987) from the University of Geneva. She has been head of the Central Terminology Service of the Canton of Bern since 1994. Alongside her professional activities with the Canton of Bern, Ms Pulitano is a lecturer at the Faculty of Translation and Interpreting; furthermore, she teaches continuing education courses in Switzerland and abroad. Ms Pulitano is a member of several terminology-related professional associations: Computerm (since 1989, founding member), Associazione Italiana per la Terminologia (since 1991), Rat für Deutschsprachige Terminologie (member since 1994 and chair since 2004), Deutscher Terminologie-Tag e.V. (member since 1997 and expert since 2010), European Association for Terminology (since 2009), and Deutsches Institut für Terminologie e.V. (member since 2010 and vice chair since 2012). Her research interests include: terminology, terminography, CAT-tools, multilingual information processing and computer-aided lexicography.